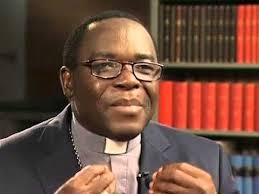 The Catholic Bishop of Sokoto Diocese, Bishop Matthew Kukah, has disclosed that he has paid almost N30 million as ransom to secure the release of his church priests in the hands of their captors.

Kukah made this known at a one-day “High-level forum on political communication and issue-based campaign in the 2023 general elections,” while speaking on the kind and subject that politicians must engage in as the official campaign dates draw closer.

The event which was organised by the National Institute for Legislative and Democratic Studies, in partnership with The Kukah Centre, was said to set the tone ahead of the election campaigns.

According to him, Nigerians do not need anyone who projects himself as a messiah as we no longer need a messiah, but someone who truly understands the situation of things, adding that many times, people say what they do not mean in the process of their campaigns.

Kukah noted that campaigns henceforth must be identity-based, getting the right identity for the country and not emphasizing the things that really do matter.

Kukah added that he had in the past paid a total of about N30m to rescue the priests from his diocese from the hands of kidnappers.