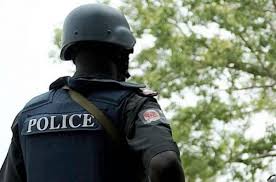 It was gathered an argument ensued between the police and the seven families whose relations were trapped in a collapsed building at Bursali village in Birniwa local government area.

The trapped victims were rescued by the villagers and prepared for burial.

“On receipt of the report a team of policemen mobilised and rushed to the scene. On arrival, seven were found lifeless and one seriously injured.”

DSP Shi’isu stated the community started preparing the lifeless victims for burial while the police insisted on taking them to the hospital for confirmation.