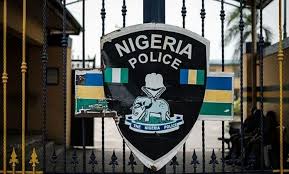 Police operatives on Friday repelled an attack by gunmen on Independent National Electoral Commission (INEC) office at Orlu in Imo State.
The hoodlums suspected to be members of the proscribed Indigenous People of Biafra (IPOB) and its armed affiliate Eastern Security Network (ESN) stormed Commission’s office around 4.30 pm scaling the fence into the premises

The police spokesman, CSP Michael Abattam, who confirmed the incident, said: “The gunmen suspected to be IPOB/ESN members threw Improvised Explosive Devices( IEDs) into the office from outside the fence shooting sporadically to fight their way into the office.”

He said the police operatives engaged the hoodlums in a gun duel and in the process a number of them sustained bullet injuries.

He said:“They were suppressed, having suffered a huge defeat, with a number of them sustaining various degrees of bullet wounds, they retreated, into their vehicles and zoomed off but were given a hot chase by the operatives”.

He said however no life was lost and no arms/ammunition was carted away.

Meanwhile, he said efforts were on top gear to arrest the fleeing suspects.

ACF Urges FG to Investigate Killing of Pastoralists in Nasarawa