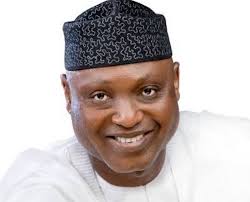 The Governorship election in Ekiti State has been decided conclusively and a winner has emerged.

He therefore announced the All Progressives Congress, APC candidate, Biodun Oyebanji as returned as the Governor – elect , Ekiti state.

However, the agent of SDP, Mr. Ajayi Owoseeni did not endorse the the forms for the votes cast as he claimed the exercise was marred by incidents of vote buying across the wards and polling units in Ekiti State.

In another development , APC members and sympathisers have started jubilating in Ado Ekiti, the Ekiti state capital and Ikere Ekiti over the performance of the party and the victory of Biodun Oyebanji, now the Governor – elect.

As at the time of filing this report efforts made to reach the SDP Candidate, Segun Oni did not yield .