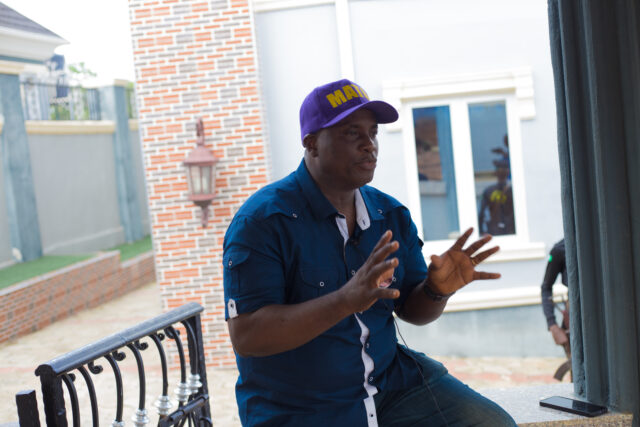 Oyerinmade , also known as Mato, said he is a techchnocrat in politics therefore he has what it takes to contribute quality bills that will impact positively on the people of the district.

He gave this assurance at Oke Igbo , his country home while having a parley with APC leaders.

” I am not a politician who climbs the campaign stage and dish out ‘ heaven on earth promises ‘ as if I am going to occupy an executive office where I have the singular authority to draw up development with a gubernatorial Fiat.

” The Legislature contributes bills which import can affect the nation and the Senatorial districts when they are passed into Law and that exactly is what I am going to do at the Red Chamber, I will sponsor bills that will bring development that is much desired across Ondo South, ” Oyerinmade stressed.

He appealed to the Delegates not to be swayed by name calling propaganda , maintaining that the APC belongs to all under the able leadership of the State Governor, Arakunrin Oluwarotimi Akeredolu, adding that the Leader of the party has emphatically noted in different fora that he doesn’t not have a preferred candidate , hence the need to disabuse the mind of the delegates about propaganda that are flying around now that the party primaries is around the corner.

Oyerinmade said it is good for politicians to boast of victory, adding that it comes with politics; he however noted that the Southern Senatorial district has a lot to benefit from the Oyerinmade candidacy because he will localise Senatorial legislative matters by always seeking the input of his people on what bills they will want him to sponsor, noting that he will regularly sustain a Senatorial deliberations with the people of Ondo South in his bid to carry them along.

He said enthusiastically that all the aspirants of the APC are within the same folk and the unity will be sustained after the primaries to ensure the Southern senatorial district is clinched by APC.