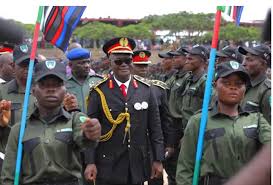 At least 5,000 people have been killed after 200 attacks in Benue State following the armed invasion of rural areas within the past 11 years.

Governor Samuel Ortom reeled out the figure on Wednesday during the signing into law of the Benue State Peace Building and Reconciliation Commission Bill.

“The road to this historic occasion has been paved by existential challenges. As you are sadly aware, over 5,000 of our people have painfully lost their lives to mindless attacks by rampaging herdsmen between 2011 and June 2022.

The governor said.“It is horrifying to note that Benue State has suffered within the same period well over 200 attacks with property worth over N500 billion destroyed. It was these unending, unprovoked and coordinated attacks on our farming communities that eventually forced us to call for help.

“Thus, when we cried out, it was because our people and our land were under a deliberate assault. And as much as we exercised self-restraint by not taking up arms against the relentless invaders, we couldn’t at the same time refuse to draw attention to our pitiable plight.”

Ortom maintained that unfortunately, the security challenges that led to the present humanitarian crisis in the State are now exposing Benue to food crisis arising from food insecurity; risks of producing a generation of illiterates as some children have been in the Internally Displaced Persons (IDP) camps for over seven years; a rising mental health crisis due to unhealed trauma and stunted self-development among others.