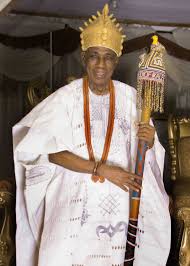 Abodi of Ikale sympathises with Owo kingdom over church attack.

The Abodi of Ikale , His Imperial Majesty , Oba George Babatunde Faduyile has expressed his sympathy to the people of Owo over the killing of worshippers at St Francis Xavier Catholic Church , Owa-luwa, Owo on Sunday.

Unknown gunmen , it was reported, invaded the church on Sunday, the 5th June, while service was going and opened fire on the worshippers, shooting them at close range, which led to the death of scores of the parishioners while others were severely wounded.

In a letter of condolence written and personally signed by the foremost Ikale monarch, a copy of which was obtained by thepolity. net, Oba Faduyile specially commiserated with Ondo State Governor, Oluwarotimi Akeredolu, SAN, the Olowo of Owo, Oba Gbadegesin Ogunoye, the Bishop and the Laity of the Catholic Diocese of Ondo and the good people of Owo kingdom on the unfortunate and deadly church attack, describing the incident as gory and unacceptable.

Oba George Faduyile noted with dismay that the unknown Gunmen had the confidence to desecrate a house of worship and did not have any scruples or a prick of conscience about it, adding that the red signal they have sent to Nigerians is that nowhere is too sacred for these wicked killers within our midst.

” Let me state categorically here that myself and all right thinking Nigerians condemn this attack on the peaceful Owo community in strong terms and what these terrorists are saying is that nowhere is safe again in our clime, ” Oba Faduyile stated in the condolence statement.

He appealed to Ondo State Government to provide more sophisticated logistics to the state government owned security structure, The Amotekun corps , stressing that the intelligence gathering mechanism of the outfit must be upgraded so that such evil occurrence as the blood shed in the church at Owo can be avoided next time.

Oba Faduyile said the killers of the worshipers at Owo must not be allowed to have the last laugh over the incident , hence the need for Federal Government in particular and the government of Ondo State to fast track intelligence gathering , spread their net wide and catch these evil perpetrators.

Oba Faduyile prayed God to put an end to such dastardly killing in Nigeria even as he noted that abduction of innocent Nigerians is fast becoming a stock in trade and a means of raising revenue by these terrorists which proceeds are used to procure more dangerous weapons.

” I pray God to heal Owo; I sincerely condole with Governor Akeredolu over this sad occurrence particularly because he has been very committed to protection of lives and property in Ondo State. I pray to God to grant the faithful departed a repose and peace in the hereafter and I ask God to bring healing to victims of the attack who were wounded. May the good Lord heal our land, ” Oba Faduyile added.