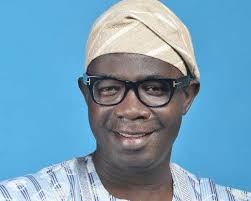 The Ondo South Peoples Democratic Party (PDP) Senatorial election primaries has been decided. The Shadow poll to present the PDP candidate for the zone”s senatorial ticket held on Monday , the 23rd May at the Idepe – Okitipupa town hall.

At the Peoples Democratic Party’s primary which held yesterday at Idepe town hall, which was conducted under the Chairmanship of Dr. Supo Ijabadeniyi, five PDP aspirants contested the poll.

The aspirants were Raph Ademulegun who scored 11 votes, Hon. Ogundeji Iroju who scored 23 votes and Goddy Oritewigho Erewa with 12 votes. The rest are Senator Nicholas Tofowomo who garnered 74 votes and Hon. Alfred Agboola Ajayi who emerged the winner of the primary with 78 votes, leading his closest rival with four vote difference.

one vote was voided while three delegates were absent from the poll.

The party’s retuning officer, Dr. Supo Ijabadeniyi declared Alfred Agboola Ajayi the winner of the primary election having scored the highest votes in the election , which he described as free and fair .

Dr. Ijabadeniyi in an exclusive chat with thepolity. net appreciated all the Delegates for their cooperation towards the success of the poll and the security officers who manned the precinct of the venue of the exercise for their professionalism in maintaining the peace.

Also in an exclusive chat with thepolity . net after the final announcement of result, the winner of the primary election, Hon. Alfred Agboola expressed his gratitude to God Almighty and also saluted the Delegates for believing in his ability to represent them in The National Assembly.

Agboola Ajayi said what just took place at the PDP primaries is a reflection of the beauty and candour of Democracy , stressing that for all the aspirants , the peaceful and successful Ondo South PDP Senatorial Primaries is a victory for them all.