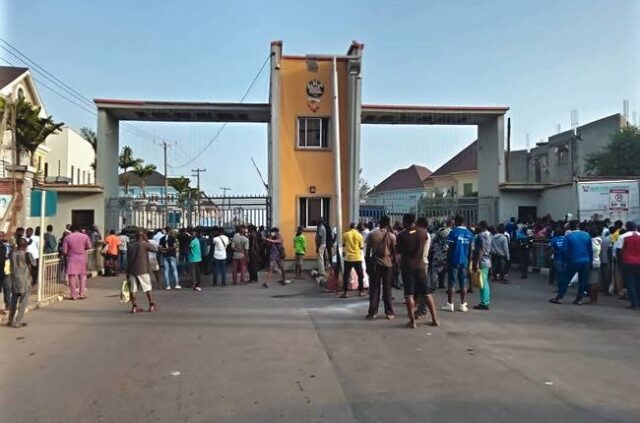 Reports revealed that during the invasion, the policemen and the land grabbers, who were reportedly sponsored by members of a Lagos family, stormed the estate with bulldozers to excavate the wetland, which affected the foundation of many buildings on the estate.

A landlord, Bolaji Omotoso, whose house is on the brink of collapsing, said complaints to the state government on the matter had gone unheeded.

A resident, Pastor Bisi Olowoyo, lamented the environmental impact of the excavation of the wetland, which he said was intended for the development of a housing project.

Addressing journalists on Wednesday, the Chairman, Magodo Residents’ Association, Bajo Osinubi, lamented the continued excavation that had weakened many buildings on the estate.

The state Commissioner for Physical Planning and Urban Development, Dr Idris Salako, had during a recent visit issued a stop-work order on those working on the wetland and advised residents whose buildings were affected by the excavation to vacate them for proper engineering tests.

The spokesperson for the Zone 2 Police Command, SP Hauwa Idris-Adamu, said she was not aware that policemen from the command escorted land grabbers to operate on the wetland.