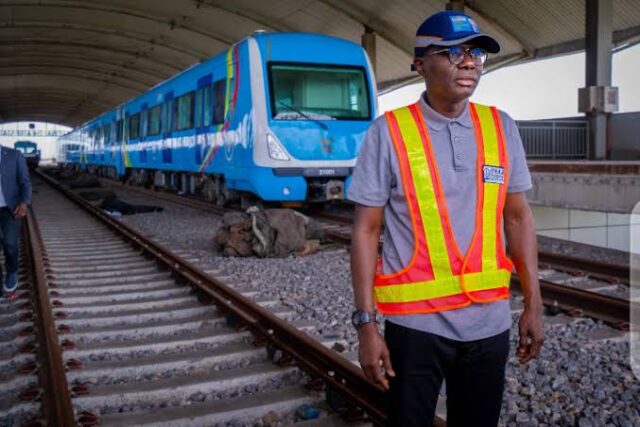 The light rail project of the Lagos State government has suffered several years of delay due to various reasons. It appears Lagosians have waited endlessly and stakeholders are raising questions about how long it will take the state government to deliver the project.

The state government has made several promises on the timelines for its delivery which did not come to pass.

Sanwo-Olu’s promise that the project would be delivered later this year has been seen as a political statement. But top officials of the Lagos State government insisted that the governor meant what he said

Officials close to the project said it was nearly impossible for the government to deliver the project by the last quarter of this year.

The officials, who spoke on condition of anonymity because they were not authorised to speak on the matter, argued that many of the rail stations were not ready while also noting that several aspects of the infrastructure were yet to be constructed.

One of the top officials said, “I wonder how the state government will fulfill its promise to deliver the project by the last quarter of this year. This is a huge project that has several aspects. It will be difficult to deliver it by year-end.

A former railway analyst and President, Campaign for Democracy, Adebayo Obatungashe, also believes the project’s December date is feasible. He, however, said the ongoing political activities might affect the delivery date.

When contacted for reaction, the spokesperson for LAMATA, Mr Kolawole Ojelabi, said, “The governor has already given his word, and when you look at the rate of construction, we will meet up with that mandate. “

The rail project, which was initially scheduled for completion in 2011, has recorded some failed delivery dates.

On assumption of office in 2015, the former Governor of Lagos State, Akinmunmi Ambode, promised that the project would be delivered in 2016, but this was never achieved.

In 2019, when Sanwo-Olu was handed the baton, he assured Lagosians that it would be ready on schedule.

Early this year, the governor restated his commitment that the project would be delivered by the last quarter of the year 2022.