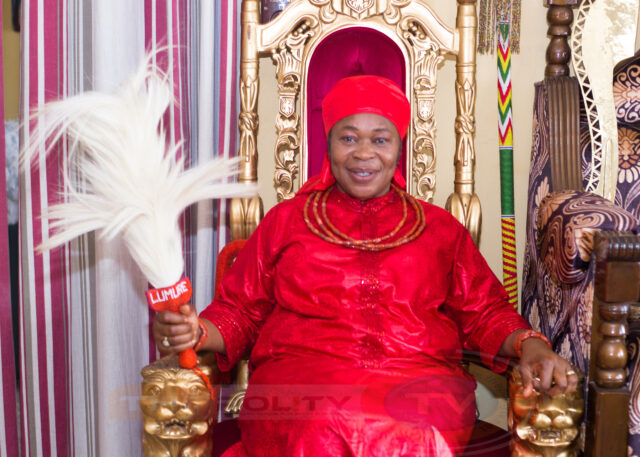 The Regent of Ayeka Kingdom and Chief Executive Officer of Awawa 94. 1 FM, Her Royal Highness , Oluyemi Bajowa has described the attack on Christain faithful of St. Francis Catholic Church , Owo as a dastardly act from pure agents of darkness in whose heart lives untold wickedness.

In a condolence message personally signed by the Regent , She commiserated with the Governor of Ondo State, Oluwarotimi Akeredolu, The Olowo of Owo and Olowo in council, the Catholic Diocese of Ondo and the entire people of Owo kingdom.

She noted that the attack on the people of the area was becoming serial and condemnable , adding that a cleric of Anglican Communion , Ven . Obanla was abducted around Ifon / Okeluse just barely a fortnight ago.

Princess Oluyemi Bajowa said the invasion of St Francis Catholic Church Owo has shown the mindset of the Gunmen as haters of the gospel , who assumed bombing a place of worship will silence believers in the south west.

The monarch called on government to activate the process of ensuring that the long arms of the law catches up with the attackers lest they conclude Ondo state is open to their wicked scheme of attack and bloody killing of innocent Nigerians .

She asked God to grant the families of those who died in the attack the courage to bear their painful loss.